When the Wind Blows in Better Weather 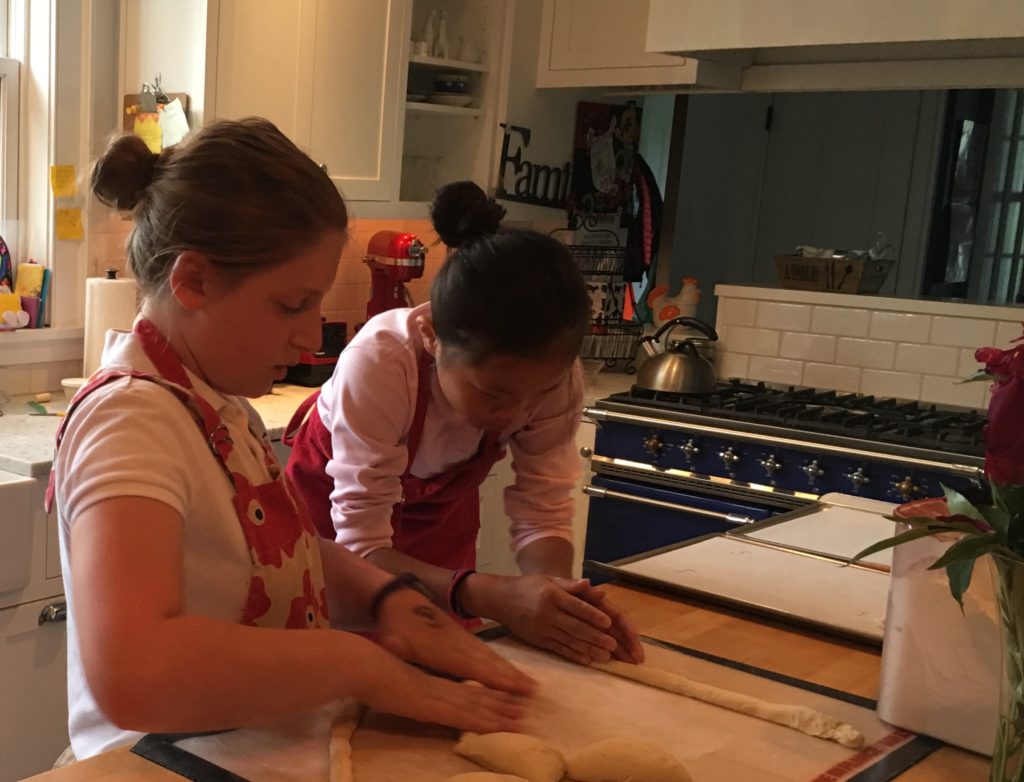 It’s calm, sunny and warm (for November) here today, a predicted change in the weather I could hardly put any credence in yesterday, when it was dreary and rather sharply chilly, and even less so last night, when the winds were howling around the house and the leaves hitting the windows like rain and it felt as if a storm were brewing out there in the deep darkness that only a really cloudy night can achieve.

The wind as harbinger of a weather change isn’t unusual, either, but especially in fall I never expect it to be a change for the better. I think, “oh, the wind is blowing up a storm” or “aw, man, something’s coming.” Even with the weather predictions, I kept thinking last night that today would bring some kind of weather drama. But nope–the skies are clear and the sun is out.

We had dramatic sibling winds around here this fall, too. My daughters spent much of the end of August and September in constant conflict. The bossy oldest picked endlessly on the youngest, calling attention to her every failing. The youngest bided her time, and struck successfully at the other’s weakest moments, including a major victory on the morning she set her alarm for 5:29 (that would be one minute before eldest’s chosen 5:30 wake-up time, which gives her a treasured half hour alone before anyone else is awake in the house)–and literally shot under the older girl’s arm and into the shower.

The whole house was up early that day.

It was fairly indescribable, the ugliness, and certainly included some pinching and punching and pushing. Clothing “misplaced” in the wrong closet was hidden. Insults were thrown. Lines across the shared bedroom were drawn.

They’re in very close quarters, these two, only 20 months apart in age, on the same hockey team this year, at the same school, in the same room–and they’re both different and similar in ways that seem to make it very hard for them to live together. For example, they each like to have everything just the way they want it, neither likes surprises, both like to plan things out very precisely, and to get all their work done early, neatly and thoroughly. Both need their alone time. But one is neat, one messy. One doesn’t really care much what other people think, the other cares a fair amount. One gets good grades easily, one has to work for them, one can easily tackle any sport or physical activity, one has to try a little harder.

And they’d both prefer to be pretty much the center of everything.

So I expected it to get worse. I figured those winds were blowing up a whole year of similar horrors. I researched room dividers and plotted hourly “who can be in the bedroom with her friend” schedules.

And then it got (kind of, sort of, some of the time) better.

I wouldn’t say it’s exactly great. But as I look back, I see a bunch of moments in our family life where things have really hit a low, when it felt as if all kinds of horrors were brewing–a child’s tantrums maxing out, or one really weathering a disappointment or injury, when it just felt like things couldn’t get better,  that it could only just go on in misery—and it didn’t.

So today I’m thinking of winds that blow in good change, even when it’s hard to stand up against them. Maybe I need to change the way I look at those family storms.