It’s common, and easy, to relax tech rules for the summer. But what if you didn’t?

You’ve probably got some form of family tech rules in place. They might be black and white and overt, like ours (no televisions or video gaming except on weekends) or more of a tacit understanding—not too much, not at meals, etcetera.

Many families loosen those rules up for summer, especially for weeks when children are home and unoccupied. If a parent is at home too (and particularly if that parent is trying to work from home) that loosening might seem necessary to get anything done. If there’s a caregiver, lighter tech rules might make his job easier, or children more amenable to a parent’s daily departure.

But before you rush to lift the limits, take some time to think about what might happen if you didn’t. If you held to two hours a day, or weekends only, or the same “not much” level that you’re at now as a family. Is it possible you could make it work, and even work well, without turning yourself or your caregiver entirely into a de facto camp counselor?

We parents who grew up in the seventies and eighties tend to give a lot of lip service to boredom. We did great things, or at least memorable things, or things, anyway, during our bored hours. We went down to the crik and built haphazard stone structures. Read for hours while roasting our coconut-scented hides in the sun. Played games that favored the bigger and stronger over the weaker and slower in our yards and cul-de-sacs. Snuck into the school playground and wrote on the wall. (That might have been just me. And a brighter child probably wouldn’t have written her name, and would have made sure that the white chalk her friend provided for the purpose was actually chalk and not crayon.)

As much as we champion boredom, though, we’re reluctant to cause it, and to force ourselves to deal with the parental side of it. Stay with me, here—I’m not going to argue for a screen-free summer, or deliver a load of tech-time guilt. Instead, I’m suggesting you try to maintain the status quo. Let whatever has been screen-free time stay screen-free, even if that time is no longer taken up with preschool, school or sports. Let whatever extra down time your kids have this summer, if any, stay down time.

This works best with kids at 4 or 5 and up and it still isn’t easy. We live in a rural outdoor paradise, and I work from home, with some help set up a few days a week. Last year, my children were dying for summer to start. Still, that first free Monday, as soon as she was done with breakfast, there was my youngest daughter, the one who had flat out refused any form of camp or organized activity.

“I’m boooooored,” she declared, as she rolled around on the floor under my desk. “I don’t know what to doooooo.”

That’s too bad, I said. Sorry about that. But you’re going to have to go be bored somewhere else, because this is my work time.

It wasn’t that easy, of course, not by a long shot. It took a while to get her out of my office, and even then, for a long time, I could hear the sounds of her distant attempts to capture my attention and relieve her boredon burden (perhaps with some always-entertaining yelling). She rolled on the floor outside my office for a while, with door-kicking. Tried loud piano not-playing, the singing of Christmas carols, and a lengthy recorder sonata. Eventually, she found something. We went through that every weekday, with variations from the other kids, for about two weeks, and then she adjusted.

I was tempted to let her turn on the TV, or dig into Minecraft. It would have been easier on us both (because I was not always so kind about her boredom, and she did provoke that yelling response more than once). But there is plenty to do. It’s just not stuff that will easily sate and sedate you. It takes some work to find and get into, and I want her, and all of my kids, to do that work.

Our kids can entertain themselves, and as time progresses, they get better at it. If you, or whoever is at home, keep things in the off position, eventually your kids will find their way into reading or building or drawing. They’re likely to find some annoying alternatives in the process (ear-splitting, infuriated sibling battles are popular here). It is not easy. A couple of days a week, I leave someone else in charge of keeping the peace and take my laptop and my ability to be begged for video games or television or to hear the process of finding something else to do to Starbucks.

This doesn’t have to be without exceptions. Rainy weeks, bad days, whatever. And lots of families allow creative tech time—as in, you can make a movie, watch a ukulele lesson, or code a game, but you can’t play or watch. Find your own balance. But think about protecting some big chunks of boredom time if you can. Kids (big and little) and teenagers all need that time to figure what on earth it is that they themselves really want and like to do. And don’t expect too much. Some kids will build a tree house, others will bounce a tennis ball against the garage door all summer long. (I did that, and I was crafting entire novels and worlds out there.)

There’s something about knowing that there’s no easy out that eventually pushes a child into action. Tech and screens are fun. They’re fantastic. I love them myself, and I don’t spend too much time worrying that they’ll damage my kids. Instead, I focus on making sure my children have space to develop the offline interests they’re going to need to manage their own screen time when they get bigger. That’s hard—it’s hard for adults. It’s hard for me. It takes practice. Better start now.

This week was a better week for writing than reading, for me. I did a piece for the New York Times and very much enjoyed pointing my snarky pen at Big Food, purveyor of one of the great school lunchroom myths of the past two decades: fruit juice is the equivalent of fruit. This is simply (and rather obviously) not true. Fruit juice can be tasty. It’s easy, it’s convenient, it’s profitable. But it’s not fruit, and never will be. Link to my piece, and to the one book anyone in our house has been loving, below. 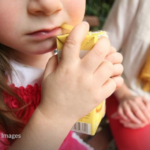 Pediatricians to Schools, Parents: Surprise! Fruit Juice Is Not Fruit. A little message from the American Academy of Pediatrics (and about time). 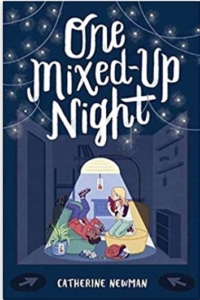 We were lucky enough to get an advance copy of Catherine Newman’s One Mixed-Up Night, a modern twist on The Mixed-Up Files of Mrs. Basil E. Frankweiler,and it has officially taken hold as my fifth grade son’s “second favorite book ever” after Ready Player One and ahead of The Phantom Tollbooth. It’s disappearance last night led to a lengthy search and much distress, until it was found in the unmade bed. “That’s good,” he sighed. “Except now I’m going to finish it tonight and then it will be over.” It’s not out until September, but I don’t want to forget to tell you about it. Worth a pre-order.

Click here to pop up this tweet:
It’s easy to relax tech rules in summer. But what would your kids do if you didn’t?@KJDellantonia has an idea. http://tinyurl.com/summrtech

2 Responses to “It’s common, and easy, to relax tech rules for the summer. But what if you didn’t?”