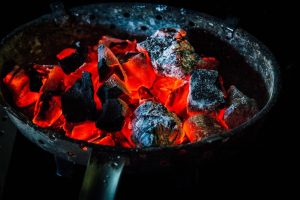 It’s not just the lamest variety of hot sauce. It’s also the state of mind I strive for daily, especially when my kids seem to come only in Devil’s Extra Spicy. At some moments—especially when they’re trying to get out of the house in the morning, or things are otherwise tense—their response to the simplest of questions has enough Scoville Heat Units to blow your tongue off.

The natural urge is to react in kind, and that’s when I want to dial it back. They’re Sriracha, and I’m spaghetti sauce. Here’s why–and a tiny excerpt from How to Be a Happier Parent in the bargain.

It’s all about the neuroscience. When your kid snaps at you, and you snap back, your brain is in “reactive mode”—the place we go when we are feeling apprehensive or exasperated, pulled in different directions. For me, that’s when the chorus of parent judges in my head have begun to sound off.

You can’t let her talk to you like that! What kind of a child are you raising? You have to teach him that he can’t get away with that in this house.

Yeah, thanks, guys—but this is not the moment. A brain in reactive mode is not a brain that’s thinking clearly. It’s chock-full of adrenaline and cortisol, and ready to outrun a cheetah—not helpful when all you’re really trying to do is check in on a kid who’s having a bad day. Your immediate response here isn’t some sort of ultimate parenting test, with a win-or-lose result ahead.

But that’s not always easy to remember, whether a kid is just blowing off steam, or there’s something bigger going on. That’s why that one-word reminder—mild—comes in handy. That, and knowing what’s going on. Admit it to yourself–you’re angry. But that anger isn’t going to gain you a thing.

So buy yourself some time with a calm tone that soothes both beasts. Here’s some advice from neuropsychologist Rick Hanson: “We make mistakes when we’re moving and speaking too quickly. Pause, slow down. Imagine yourself observing from the outside of a glass wall, or think of a video camera in the corner, recording this to play later.”

“Exhale,” he says, “it activates the parasympathetic nervous system. Lift your gaze to the horizon, which engages the circuits in your brain to take a panoramic view.”

Above all, he says, remind yourself how safe you are. Everything is okay. You’re not denying the situation—you’re just helping yourself calm it down. “We’re very quick to move to alarm about our children and our partners,” he says. “We go straight to ‘everything’s falling apart.’ Take a moment to remind yourself of the actual possible consequences of what’s in front of you. You’re not sick, no one’s dying, you’re not going bankrupt, there’s no terminal illness.”

Remember, there is nothing wrong. So when you open your mouth to answer the kid who just bit your head off for no reason, keep a little perspective, and you’ll be able to keep from heading down the rabbit hole.