Sometimes it helps to celebrate the very little things. 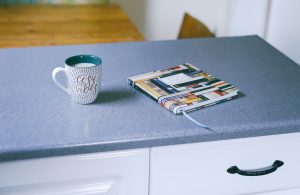 Photo by Toa Heftiba on Unsplash

Last night, as I closed the dishwasher, knowing that the last kitchen straightening was done, that I’d taken the final things off the counter and wiped the sink (the one thing the kids never manage to do when they clean up after dinner), I set its fancy timer and shut its door and happily said “Yay!”

My daughter happened to be standing there, and she looked at me in shock. “Yay what?”

I like to celebrate these little things, and apparently I don’t even try to do it in my head any more.

I’ve been talking a lot about How to Be a Happier Parent lately. I’m lucky–I get interviewed, get to be on some podcasts. I get to tell people about it. And they often ask, what’s one big thing you do differently? And I haven’t exactly said, well, I say “yay” when I load the dishwasher, but that is kind of it. It seems to be the side effect of Mantra #10: Soak up the good. I’ve been working to notice when things are going well, and it seems to be paying off, at least if you don’t mind becoming someone who says “yay” without thinking.

I don’t mind. Because I have a dishwasher, and healthy kids who mostly load it, and pretty much everything material that I need. Of course, there are little things that are less great, but as I learned while talking to a couple of pretty brilliant experts last year, they aren’t tigers. Most of the stuff that plagues me on a day-to-day basis just doesn’t meet tiger level. No bankruptcy, no death, no illness.

At least not right now. Because of course, bad stuff happens. Nobody gets to go through life without some extremely lousy miserable tiger-level stuff. But I’m not there as I write this.

So, yay. Yay for an ordinary night loading a dishwasher. I’ve had other nights where that was all I wanted to get back, so I’ll take this.

If that’s you too, say yay.