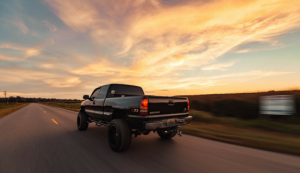 Photo by Jonathan Daniels on Unsplash

For our family vacation this summer, we drove, with another family, from Phoenix to Las Vegas, hitting assorted national parks and forests and monuments along the way. The trip itself was spectacular, and if you haven’t done it, I recommend it.

The road trip aspect of our travels was spectacular too, in a whole different way. It’s been a long time since we’ve packed the four kids into the car and driven for hours through spectacular scenery. They’re older (17, 14, 12 and 12). Three of the four have phones and the fourth has a cracked wi-fi only tablet. I figured they’d plug in their headphones and tune out our demands that they look up at Monument Valley. I expected them to disconnect.

I was wrong, and don’t imagine that’s because my kids are any less enamored of Snapchat and Netflix than yours. But apparently, there’s only so much you can do, especially with the desert’s intermittent service.

One kid consistently looked out the window the whole time. This was gratifying. Another often read, or worked on her gimp creation. (It’s kind of a plastic friendship bracelet thing.) A third did, in fact, try to use a device constantly, and as a result spent much of the trip demanding to use people’s hotspots because of a refusal to believe that it just didn’t work here.

The fourth, the one in the middle in the second row, spent every drive fully engaged in an attempt to get bodily thrown out of the car. There was licking. There was humming. Poking. Weaponized farting.

Most of all, though, there was a lot of talking. Games of “Jello” (you let the car move you around curves, preferably squishing others in the process). Other games, some video, but still mostly played in groups of two or three or even four. When we did have a connection, we did a lot of searches on what we were seeing, or where we could eat, or how on earth people once did this drive in a covered wagon or pushing a handcart. There were many, many bathroom stops.

It was serious family time, and I don’t think the devices changed it much, if at all. Maybe there’s something about sitting three-across in a backseat that’s universal, that brings out the worst and the best in our kids. Maybe, in the back of that old wagon sitting outside the place we stayed in Torrey, Utah, in between creek crossings and displacement of the native population and general survival, a bunch of kids in bonnets or overalls were sliding across the hard plank seat into each other on the curves and shrieking “I couldn’t help it!”

And maybe we don’t need to worry so much that our phones are changing everything, as long as we’re still doing things together.

Hey–I HAVE A BOOK COMING! How to Be a Happier Parent lands August 21, and you can absolutely pre-order it right this minute on Indiebound, Amazon or Barnes and Noble.

That’s it from me this week. If you’ve got a friend who’d love to get a vaguely sort of semi-weekly note about How to Be a Happier Parent (even when I’m not), please forward this, and if someone forwarded it to you, sign up here for more like this one.