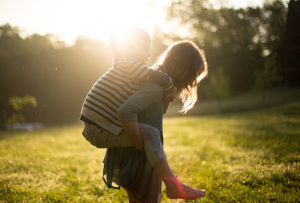 Photo by Jenn Evelyn-Ann on Unsplash

Reading David Sedaris—and particularly his new book of essays, Calypso —is reading about family, about families of origin and families of choice and how they shape us. And to read Calypso is to understand that that shaping can take a thousand forms—more—and still result in adults. Functional adults who still have relationships with those families of origin, even when they were arguably less than ideal by today’s standards.

Outsiders might feel differently, but I think David Sedaris would tell you his family was fantastic. When one of his sisters committed suicide, his question, among many others, was how could anyone want to leave us? His love and affection for his mother is palpable in everything he writes, as is his knowledge of what might be seen as her limitations. She was harsh, judgmental, quick to anger, an alcoholic and a smoker and a serial embellisher of the day-to-day, always willing to trade in the facts for a better story.

Pretty sure she didn’t deliver forgotten homework, make bento box lunches or attend every activity, game or performance for her six kids.

Or consider his father, a crusher of dreams, a belittler, a man who made no secret of his distaste for his older son’s sexuality, for whom “supportive” referred to I-beams, not parents. Never changed a diaper. But he did introduce his son to a love of jazz music. And as much as he might have told the young David in a thousand ways that David was not the son his father had been expecting, the patriarch of the Sedaris clan never walked away.

So here’s the thing that should make you happier—the remaining members of the Sedaris family still spend holidays and vacations together. They travel together. They’re a clan, a pack, minus two and grieving but doing whatever forgiving and moving on enables people to spend a lot of time in close proximity without necessarily sharing political views or even taste in food and clothing. That’s something to treasure and to envy.

I know there’s a lot to consider in the Sedaris family story. I get that there are things to criticize or judge or question. And I know, too, that we really only hear one piece of the story—from David Sedaris.

But I’m just suggesting we take courage from what they have together. Tolstoy was wrong. All happy families are not alike. Me, I’m heartened by every one.

Hey—you’ll find even more actionable ideas like this in my book, How to Be a Happier Parent—not just on happier vacations, but on happier screentime, meals, chores and more—and MORNINGS. In fact, pre-order How to Be a Happier Parent now, and get a one-page guide to Happier Mornings and a kid-friendly 10 Snuggly Reasons to Get Lots of Sleep printable. You’ll get other bonuses too, including a free photo album from Chatbooks, and I’ll join you for a virtual book discussion group if you pre-order 6 copies or more!

If you’ve already pre-ordered, I’d love it if you would share the bonuses. Click HERE for a Facebook share, or HERE to pop up one of those fun, editable tweets, or cut and paste the below and add an image (also below):

Looking forward to @KJDellAntonia’s How to Be a Happier Parent so much that I pre-ordered it—which means I get a free album from @Chatbooks and her Happier Mornings Guide, which is a serious bonus. Check it out: howtobeahappierparent.com 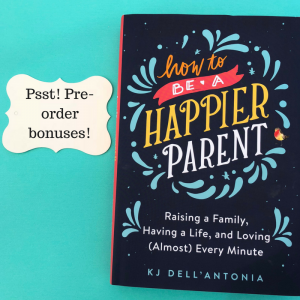