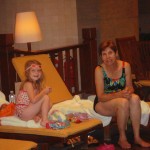 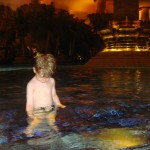 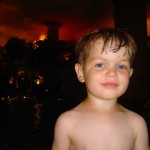 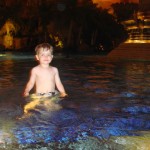 We’re here, at the Grand Hyatt in Beijing. The pool, I’m told, looks “just like Ariel’s castle” and was a huge hit.

We only managed a few hours of sleep on the plane, and tried to do a little too much when we got here (even though it wasn’t much at all). We thought a swim would tire them out, and it did–so much so that they all fell asleep at dinner, which we tried to do right around the corner at what seemed to be sort of a Chinese Friendly’s (pictures on the menu and very casual) called “Western Sichzuan”.

We have discovered that we need to learn the words for “bathroom” and “bottled water”.

The kids all woke up for a few hours in the night, but went back to sleep eventually. I think tonight we’ll be ok.