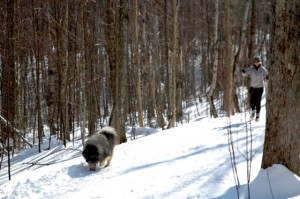 I got sucked in by an infomercial.

I haven’t exercised in months. I had pneumonia last, um, August. And although that excuse obviously eventually became somewhat less than valid (I think even the most sympathetic of us would have to agree that I am probably all rested up now). you know, one thing led to another, I finished a draft of my book, auditioned for Motherlode, took the job…I was busy, ‘kay?

But inspired by a variety of things: this great Real Simple series on Time, my ever-softening midriff, my third annual jaunt to the Waterbury, VT “Gravel Grinder” season-opening ride (23 miles, 3000 vertical feet) and my general feeling of just never, ever having enough energy, I’ve relaunched ye olde exercise plan. Oh, and also picked up this book, The Power of Habit (awesome excerpt in the NYT magazine a couple of weeks ago) in the hopes of improving a few things here and there, the whole workout thing being one of them.

I’m well on my way. First of the season bike ride last week, and then a surprise snow dump up here at what we like to call the “higher elevations” (which means we can often see down to neighbors who didn’t get snow when we did) led to the first–and last–time we will groom our trail this season. 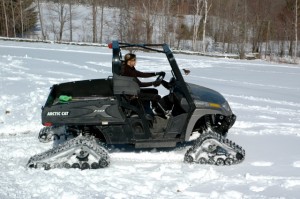 I am willing to bet you never imagined this was what I did with my free time.

But snow is over (although at least I finally remembered why we like the stuff) and biking, while fantastic, too time consuming to make up the whole of anyone’s fitness routine. I won’t run on the treadmill, like my husband. I won’t ride an exercise bike, like my husband. (I think this has something to do with not watching Sports Center, as they seem somehow connected.) What to do, what to do…

And then there I was, couch bound, while Rob scrolled the on-screen TV guide, which we mostly do so we can mock the movie descriptions, when I say “Susan Lucci Pilates.”

I have no idea what made me say “what’s that?” Perhaps I am still trying to remember if she ever son that Emmy. Maybe I have “All My Children” Flashbacks. I don’t know. Put I made him stop, and there was THIS: 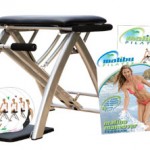 It was so small. And it looked so easy. And everyone using it looked so sculpted. And even Rob said “that does look kind of okay.”

I think I now have to pay them $15 a month for eternity or my money back. Or something like that. It came Friday, and my first workout today consisted of dragging it up the stairs and removing all the packaging. DVD Number one is in the computer, ready to fire up first thing in the am. No excuses. 20 minutes. I’m doing it, on weekdays, for the next four weeks, so help me.

And then I’ll either be telling you all how awesome it is, or trying to hide what an idiot I am (an idiot who also owns something called “Beach Body” and the “Cardio Zumba Kit”) while I look for someone to take it off my hands on Craigslist.

At work tomorrow, AFTER my 20 minute malibu something-or-another-workout, and if I am not trapped in the springs of the chair. I get to choose among the panelists for the first Motherlode Book Club: Anne and Sam Lamott’s “Some Assembly Required.” I’m half way through, and this ought to be a great discussion. And I’m stalking my next selection–a fantastic, controversial book that I”m dying to talk about on Motherlode. Can’t tell yet, though.

I’ve got guest posts to read (sorry, waiting authors)–this is one of those habits I need to work on: faced with the choice of writing or reading and editing, I tend to write, because that’s what I KNOW gets the job done. But the fantastic goes posts we’ve had in the past few weeks are adding so much to the blog and the discussion, and I’ve realized I love that part of the job too. It’s just that when I’m bouncing around a research study here and a great Times article there, I keep too busy writing to read. I’m working on it.

Last week I knew exactly what was coming up on Motherlodeâ€”this week, it’s all open. I’m planning to write about the dumb, pricey things we buy when we’re first time moms (hello, Muzzy Spanish DVD set!). And maybe this will be the week I finally pull together the work I’ve been doing on raising “imperfect” kids, or (less likely) on chemicals and their impact. Guest posts? So many possibilities, I can’t even give you a preview. I’ve planned out my workouts, but not my work week! Yeah, but that I KNOW I’ll get done.

4 Responses to “Me and Malibu Pilates. And of Course, This Week at Motherlode”